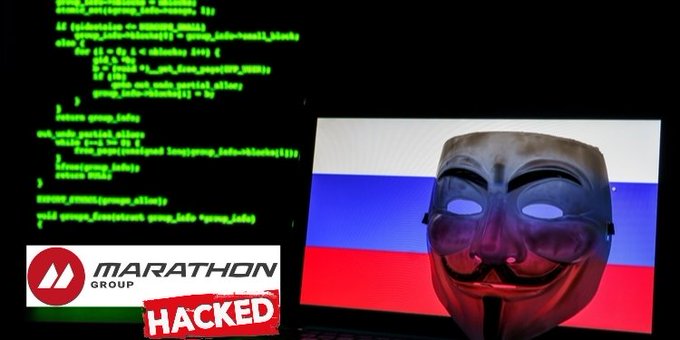 Anonymous announced that it has hacked into the Marathon Group, releasing 62,000 company emails (a 52GB archive) through DDoSecrets. Reports identify the Marathon Group as a Russian investment firm owned by EU-sanctioned oligarch Alexander Vinokuro, the son-in-law of Russian Foreign Minister Lavrov. The firm and its owner are suspected of financing Russian government activities.

How it Could Affect Your Customer’s Business Anonymous has been hard at work hacking assets that belong to Russia and its allies after the Collective announced it was siding with Ukraine.