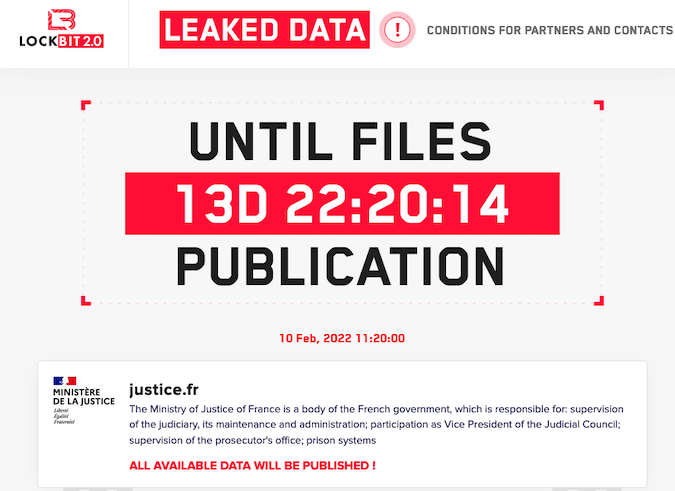 An outfit that identifies themselves as LockBit 2.0 posted a message on their dark web leak site claiming to have hit the French Ministry of Justice’s systems, making off with data. The hackers did not specify what data was stolen or how much, but they are threatening to expose it in early February if they’re not paid an unspecified ransom. The ministry’s press office has told reporters that it is aware of the claim and that an investigation has been launched.

Individual Impact: No specifics about consumer/employee PII or financial data loss were available at press time.

How it Could Affect Your Customers’ Business Cybercriminals have been having a field day going after government agencies, a problem that is only growing worse.